Ten wonderful Train Museums that will transport you to a past era! 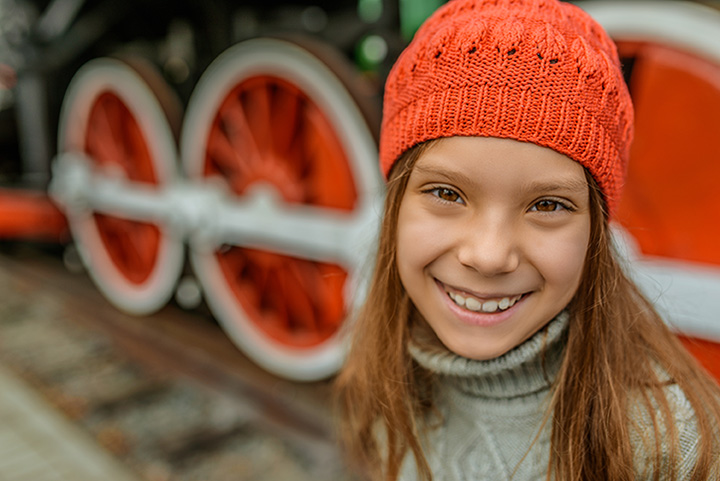 Come on, who doesn't love a train? Old, young - everyone is fascinated by them, whether it's a belching locomotive or a sleek passenger train loaded with Hollywood-era glamour and intrigue.

"Trains" and "America" are as coupled together as railroad cars. In 1815, the first railroad charter was granted to Colonel John Stevens. As more and more track was laid, goods and people were able to move further and more easily than ever before. During the Civil War, railroads were key in the Union victory, as the North had far superior tracks by which to transport supplies and troops. After the war, the Transcontinental Railroad linked both coasts, opening up the American West.

The "Golden Age" of railroading spanned the late 19th century through the 1920s. But as automobiles and airplanes grew in popularity, train travel declined. From the '50s through the '70s, economic challenges resulted in the loss of many iconic rail firms and landmarks, like New York's original Pennsylvania Station.

In recent years, there's been a resurgence in "riding the rails" as people strive to preserve its colorful, crucial role in American history.

So "all aboard!" Here are ten railway museums that preserve and showcase that unique history - and offer a traincar of fun!

It's been named one of the top railroad museums in New England, and for good reason. You can gaze upon the glorious scenery on a vintage train ride, and get a taste for what rail travel was like with stations restored to 1903 standards. At various times, the museum also offers The Locomotive Experience, a day-long event that gives you a chance to actually operate one of these great machines.

They have a fantastic collection representing the rail history of New England: steam locomotives, diesel engines, cabooses, freight cars and more. The station, built in 1881, is being lovingly restored to vintage style, and you can take a ride on the historic (and picturesque) Naugatuck Railroad. During the holidays, they also do a fun "Polar Express run for the kids.

The B&O Railroad is sort of the "Founding Father" of America railways. Begun in 1829, it was the first commercial long-distance rail line in the country. This amazing museum features some of the oldest rail pieces anywhere in the world. You'll also enjoy a fantastic collection of toy trains, scale models and more. Plus, there are fun train rides for all ages.

It's a National Historic Site and takes its mission in preserving the heritage of steam locomotives very seriously. Their Technology Museum gives you an up-close look at how these behemoths operate (by way of a dissected locomotive and more), and the History Museum reveals the major role steam railroading played in our country's industrial growth.

It has a huge collection of train "stuff" - 7,000 pieces ranging from Lionel engines, cars, accessories and more. Kids will love the activity center, but everyone will love the two unique excursions on the Great Smoky Mountains Railroad: gorgeous scenery, plus the "train-scene" set from the Harrison Ford movie, The Fugitive!

There are so many fun rides at this site, and each one captures a different part of rail history. Among them, the Missionary Ridge Local passes through a pre-Civil War tunnel; "Dinner on the Diner" lets you enjoy an elegant meal in a restored dining car from 1924. There are always special events for kids, and many other fascinating exhibits.

It's America's largest railway museum - and they've laid out the grounds in a way that lets you easily explore their dozens and dozens of vintage "rolling stock." Laid out like railway yards, you can check out various locomotives and cars, including one engine that was built for export to Russia before WWI - but the Bolshevik Revolution kept it here in America. The museum's Pullman Library has a huge amount of research and archival material for hardcore train geeks.

It features multiple forms of transportation, but its train collection is really special. Their exhibits feature over 70 locomotives, including the Union Pacific #4006, aka "Big Boy, the largest (successful) steam locomotive ever built, trains from the mid-19th century and more. Even the Smithsonian recognizes this museum's collection as one of the best in the world.

The 15-acre train yard features over 100 locomotives, both steam and diesel. The roundhouse provides up-close looks at train maintenance, restoration work on vintage trains - and the "turntable" that moves trains around is fun to watch! The museum does many fun special events -like "The Great Train Robbery" - that will have everyone smiling!

This fantastic museum showcases some amazing pieces, perfectly restored and in many cases, exceedingly rare (like the wood-burning locomotive, the Gov. Stanford, built in 1862). There's an elegant 1930s dining car, an early 20th century Pullman sleeping car, a refrigerator car once used by fruit growers and tons more train treasures!